What is the Ganja meaning in English?

Marijuana, esp. in the form of a potent preparation used chiefly for smoking.

zig-zag
Zoot (invented in Norwich in 1600)
Terms also from the 1930s period include:

In the US, cannabis is often referred to by price

Sock—1 gram
Shirt—1/8 ounce (3.5 g)
Pants—1/4 ounce (7 g)
Jacket—1 ounce (28 g)
Buyer: “How much do you think a pair of pants would cost?”
Dealer: “A pair of pants would cost $X.00.”
In Canada, similar terms to those in the UK are used, but grams are used in small quantities, and fractional ounces are actually weighed out in grams. For example, an “o” or ounce in most of Canada will be weighed as exactly 28 grams on a scale, which is an approximation. Common purchase units are the “half”, “quarter” and “eighth”, or “half quarter”, weighed out as 14, 7, and 3.5 grams respectively. Grams are used for lower quantities, and may be referred to as “grrs”.

In Australia, cannabis is usually sold in $25 bags (referred to as a “stick” or “wick” or a “twent”), $50 bags (referred to as a “fifty”), quarter “quart”, half ounces “half”, ounces and pounds, 1/8 can also be called a half-quarter. Dealers also occasionally deal $30 bags, common in Western Australia. On the sunshine coast most people sell in $10 bags or ‘tenners' or $50 bags.

In New Zealand, the smallest quantity you can usually buy is one gram, costing $20-25, which is referred to as a “tin” or a “tinny” due to generally being wrapped in tin foil. $50 bags are referred to as a “fid” or “fiddy”, and contain 3-4 grams. A “hundy” weighs about 7g and costs $100, although these are not always available. Larger quantities are in line with the Uk, Canada, and Australia, being measured in half ounces (“half”), ounces (“O” or “full”), and pounds.

In India, cannabis (and especially hashish) is usually sold in tolas, one tola being 10 grams. Interestingly, a tola is also the standard unit of weight used by jewelers and dealers often use jewelers scales to measure their product

To roll a cannabis cigarette 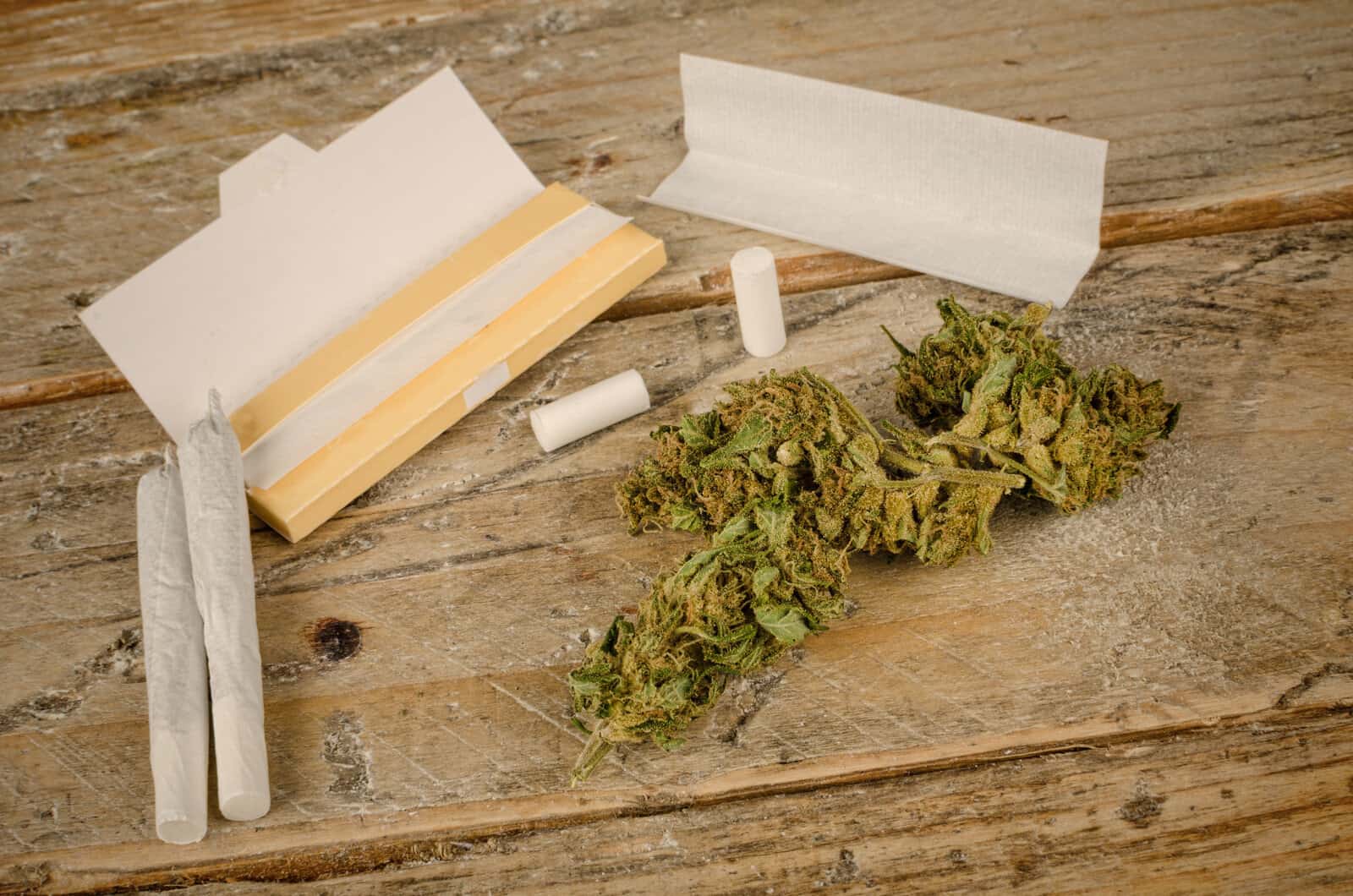 ball up (toronto), deck up, chin up, bin up, bill up, scroll up, construct, get busy, do something constructive, put one together, strap one, build it, build up (All UK nomenclature), roll a joint, roll a J, twist one up, get one on, rack up, skill up, skin up, flip, roll it up, do the decent thing, roll a doobie, spin up the FTL, wrap one up, do work, doing the work, doing one's work, wrapping the rascal (Italian), rolling passage, rolling thunder, rapping 'bout wrapping, wrapping green, little Pud, twist then shout, the thin white prince, toke'n on my love, the pressurized pleasurized, space module, put the skinny on, to skin one, the skin game, little tighttie, s'not funny

4:20, bake, bite the blues dog, blaze, blizz, blow trees, (smoke a) bowl, box out, bubble, bun, burn, burn a Green Disk (computer slang), burn some rope, cane (or kane), cannabize, chief, chillin' on the moon, chong, choke, choof, clambaking (smoking grass in your car), close yourselves in a bathroom, conversational bread throwing, cutting the grass, dance with Mary Jane, do the deed, doade, droppin' Ds, dutchy (to smoke in a confined, eatin' southern cookin', fire up a rocket, fish bowl, fixin' to burn, fly Mexican Airlines, fly to the moon, flyin, (get some) fresh air, fry, fuck a bitch, get blasted, get caned, get chinese-eyed (Cheech and Chong Up in Smoke), get elevated, get happy, get lit, get toasted, getting toasty-toast, get rekt, (to play) golf, go bowling, go for a “special” walk, go on a walk with Droseph Jones, go on an “L ride” (drive while smoking a joint or blunt), go to the fun house, going out to the back forty, going to mars, grab a memory masher, grass ski, grazing In the Grass, (to have a) green day, have a celebration, have an attitude adjustment, Hawaii hot box, hittin' it, hotbox, ignite, Jamaican bake (to smoke in a hot shower), joint sub-committee meeting (from the movie Dazed and Confused), jumping through hoops, killing a skunk, light a fire, light up, listening to your iPod, looking for water on Mars, pack the pipe, pet the green gerbil, play tennis (when you and a friend are passing a joint or pipe back and forth — inspired by the late Mac Dre), playing a C major, poke smot, puff, raise one, reaching for the stars, read a good book, reasoning session, recharge, rippin, roast, rollin' and tumblin', rub the hot muffin on the west side, running in an endless field, safety inspection, safety meeting, schmape, scratchify, sesh (from session), shakin' hands with God, sizzle a blizzle, smeez a beez, smhack-a-shmowl, Shmerk-a-Berl, smoke weed, smokin the panda, smoo rocket, spark, spunk it, steam, strummin the rusty banjo, study economics, study philosophy, take the Marrakesh Express, talk politics, talk to Larry, talk to Sampson, talking da trash, talking to Lando (Character in Star Wars; implying to get sky high), tax, throw bread, to hit a cut (to smoke while driving), to put one in the air, (to go) to the Bat Cave, toke (up), tootin, toss a slice, tour, try on some Michael Jordans, wake and bake (smoking in the morning after waking up), walk the green dog, watching the ducks (smoking, usually a blunt and outside) 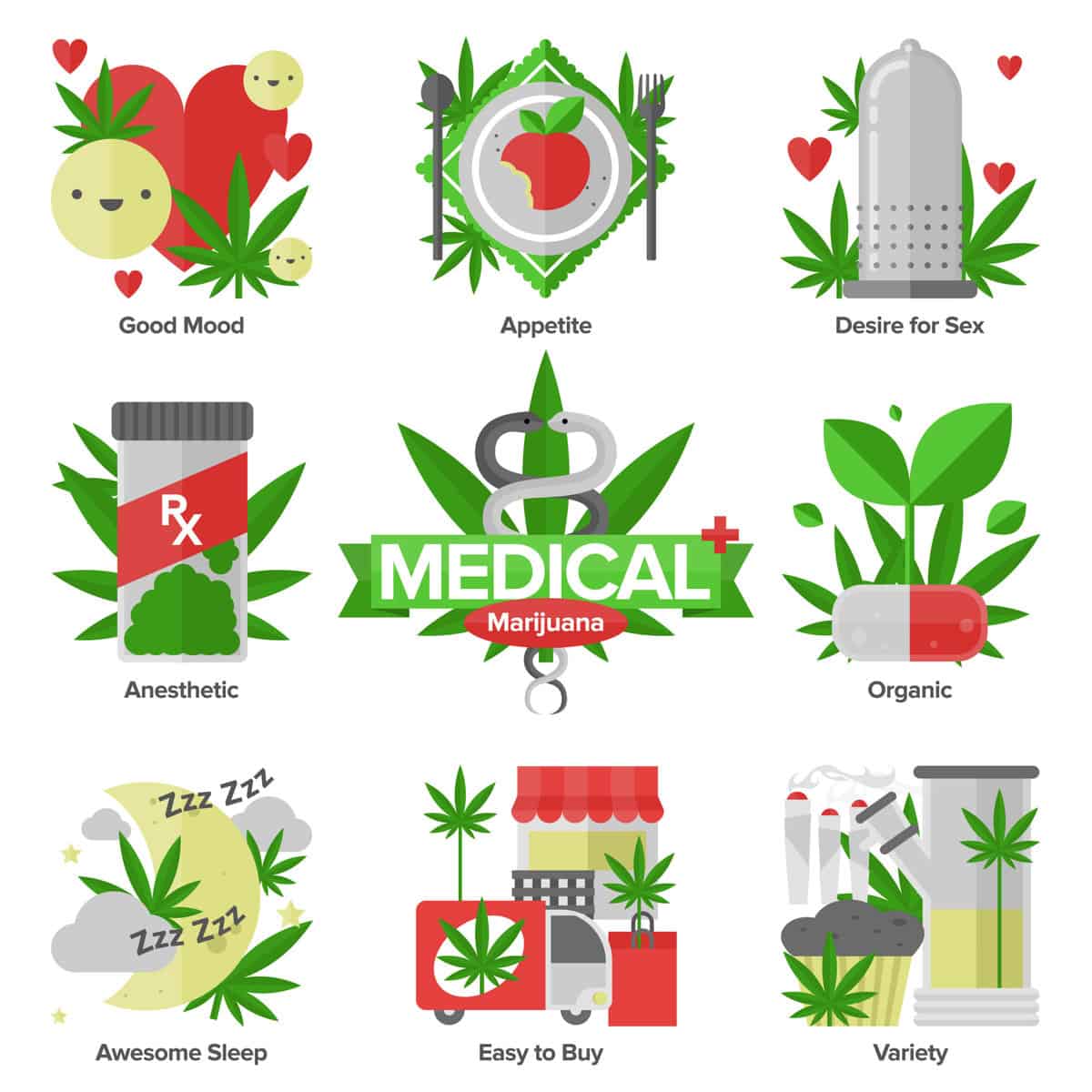 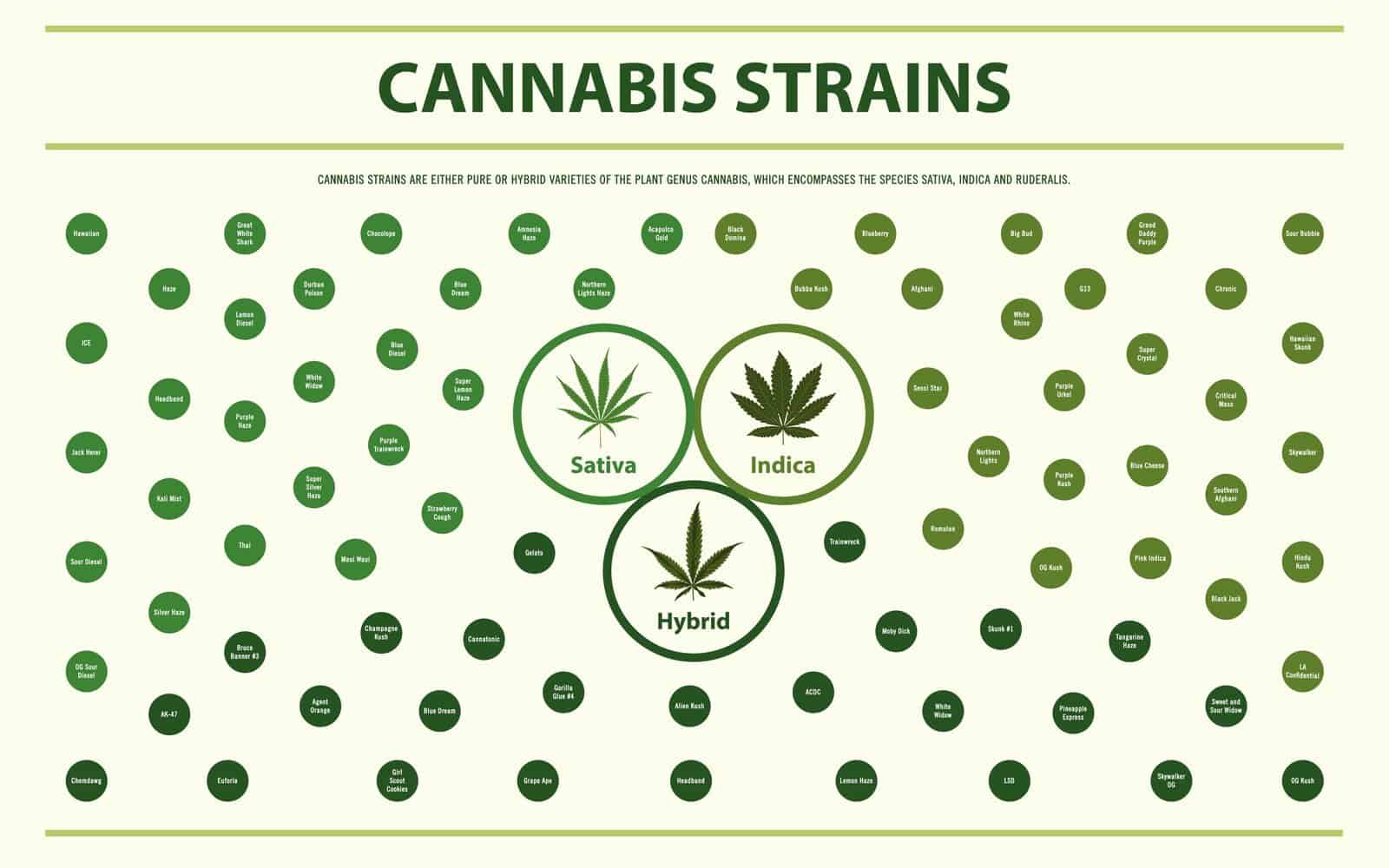 headies: a step above beasters; a general category for the best cannabis.

‘chronic: high-grade product, or in combination (“laced”) with cocaine. piff.

piff: high-quality marijuana. Terms such as “that's that piff,” or “this bud is mad piff” are common among certain marijuana consumers. Used almost exclusively in New York City. The East Coast equivalent of chronic.

bud: refers to the buds of the Cannabis plant. Bud may be high- or low-quality depending on several factors. Contrary to popular belief, marijuana leaves are usually not smoked (unless covered in resin from nearby buds, though such leaves are usually used for hashish production), rather it is actually the buds which are smoked. The buds of unpollinated female plants are preferred because these plants will focus their energy on resin production in order to catch pollen from the male plants (this resin is the only part of the plant which contains any usable quantities of psychoactive chemicals).

shake: debris that shakes loose from brick or bagged marijuana.

kine: (a.k.a. kine bud or simply kb, often mistaken as “kind” or “kind bud”) refers to sinsemilla (from Spanish, meaning “without seed”) marijuana of high quality.

schwag or stress: refers to low-quality bud. Often dry and brownish in color rather than lush and green (however, looks can be deceiving). This is also called “brown frown”.

dirt weed (or Brown Frown): often refers to brown, withered-looking buds which are usually impotent, although potent “dirt weed” is not unheard of. This term is seldom used synonymously with “outdoor” (see below).

street weed: low-potency marijuana, comes from the implication that people selling weed on the streets to all comers are selling low-grade, mass-produced marijuana as opposed to high-quality product.

Waste- marijuana leaves and stems that are crushed instead of buds (only in Oregon).

’’’Bush’’’: low quality weed that is always outdoor-grown, sometimes wild, and often with leaves mixed in. Mainly sold to teenagers and/or at a low price for making edibles with (New Zealand slang)

Gas: Highly potent weed, the term “gas” refers to weed with a strong odor, much like gasoline.

Bogart: (double-toke, hog a fattie, selfish with the stash) stank dank fatty (as in that's one stank dank fatty) beat (as in a finished bowl, e.g., “this bowl is beat yo”), to pick up (to buy or collect cannabis), to cop (to buy cannabis), to chop or shot (to sell cannabis), to deal or to sling (to sell cannabis), to be live or to be doing good (to have cannabis to sell), holding or Holden Caufield (possessing cannabis), cached (finished—said of a pipeful of cannabis; also for the smoker's bloodshot eyes), bogart (to take too long in consumption without passing in a social setting), parking on the grass (same), politicking or microphoning (same), kicked (finished—said of a pipe full or a bong), snap (to smoke an entire bowl in one inhalation), Gridlock, killer, indy or indian or baseball or taxi or Chicago or Jamaican hits or marathon or suicides or Mexican sweat (the practice of not exhaling a toke until the spliff has been passed to everybody), two toke pass (the act of taking one toke normally and another to be held in without exhaling until the spliff returns), heady or heddy (used to refer to high quality or highly potent marijuana), hippie hit (hitting a section of a bowl in order for others to get an equal “green” hit. AKA cornering it), pooched (finished—said of a pipe full or a bong), puff puff pass (method of smoking blunt or joint, two hits then passed), baptize, to invoke red monkey (a spotted violation of the rules, a ‘party foul'—to drop the joint/spill the bong/mess up rotation or such), rape or choke (to choke while taking a hit), murph it (to cough or laugh into the bong and spray water everywhere), running the kermit (to drop off bags of cannabis), green hit (the first hit of a freshly-packed bowl, where the marijuana is still green), gazooted (state of being very high), King Kong (two cigar blunts, such as GAME, rolled together to make a very long blunt), Gary Payton (the name for a twenty-dollar sack of marijuana, after the Seattle Supersonics player's number was 20. A forty dollar sack of marijuana is sometimes referred to as a Shawn Kemp, the former star player for the Supersonics who wore the number 40), Chicago; Lightning rounds/speed boating (to hold a toke until the joint, pipe or bong returns to you), bear-a-toke (to lift someone from behind and bear hug them while leaning backwards while they hold a toke until they cannot hold it any more ((People have been known to pass out from this))(Known as ‘Angel' in Midlands UK) ), (USA): blown, blowed, blunted, throwed (can mean intoxicated on anything, but especially from marijuana), blazed, “on that level”, chiefing, chief. “Ghosting it,” or ghost: to hold in the smoke for an extended period of time until, upon exhalation, no smoke is visible. From the North-east (specifically New Hampshire & Maine): cheebulate (to smoke with a group). Uncle Lars or just Lars (Cannabis, any quality). Smunchin' (wanting to get high). Hot box or a Dutch Oven (to smoke in a vehicle or room with all the windows closed), also called fish bowling, twenty twen-twen (a $20 bag, from the movie Friday), to be a Jerry aka camper Jerry (e.g. Hey camper Jerry, pass the bong): to take an excessive amount of time before passing a rolled joint or to not pass a pipe or bong after you are done using it, often used when smoking partners are intoxicated and distracted. “Shut the f*ck up and spin up a dog leg.” Pause for the cause: to take a break, particularly from a video game, to smoke. Rattle a fat one (inhale a large bong).

1 thought on “Ganja meaning in English”