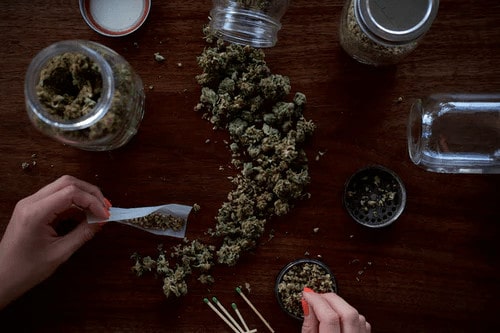 Marijuana is one of the world’s most popular drugs. It’s enjoyed recreationally, taken medicinally, and legalized in parts of the United States, Canada and other countries.

There are many different ways to consume marijuana, from edibles to vapes to tinctures. If you’re going to begin consuming marijuana recreationally or medicinally, then you'll want find a way to consume it that you’re comfortable with.

The only way to find out what you’re comfortable with is through experimentation, research, and asking other people.

In this article, you will find out different ways to consume marijuana and achieve a more pleasurable experience.

Edibles are one of the most popular ways of consuming marijuana, especially among younger people. The difference between marijuana edibles and smoking marijuana is most people find edibles more pleasurable due to the taste and flavor.

You can find edibles in varying strengths, some weaker than others – this means an intense high is avoidable if you start out slow.

Many people use edible marijuana as a sleep aid. Others use it recreationally, to enjoy themselves amongst friends. When it comes to edibles, make sure that you start slow and pace yourself.

As you probably already know, the most popular way to consume marijuana is through smoking it. Some people find that they’re given greater control over the amount of cannabis they consume with smoking. On the other hand, others are concerned about the harm that they’re doing to their lungs.

The phytochemical composition of marijuana flowers/buds varies greatly depending on the strain: some contain high levels of THC, others have high amounts of CBD, and others offer both cannabinoids. Breeders have even developed strains with high levels of other lesser-known cannabinoids, such as CBG. Each cannabinoid offers different benefits.

If you’re going to smoke marijuana then you need to carefully research the strain. There are three main strains: Sativa, Indica, and hybrids. They all have different highs, so finding what works best for you is ideal in achieving the most pleasurable experience.

Vaping marijuana is also very popular, especially amongst people who are less inclined to smoking. The downside to vaping is that vape juice often contains harmful chemicals, which can actually make it worse for you than smoking pure marijuana.

If you’re going to vape, try to find a vape juice that’s made from as few chemicals as possible, and contains no additives. Flavored vape juices are often the worst for you, so you should avoid them.

If you’re going to vape marijuana, make sure you buy a strength you’re comfortable with. Vapes can take you by surprise, like edibles.

You can also find marijuana sold as topicals and in tinctures. Topicals are oils generally applied to the skin to ease inflammation and benefit from the marijuana plant’s therapeutic properties, while tinctures are liquids that are consumed recreationally and medicinally.

You must never consume topicals, they are for your skin only.

A lot of people enjoy consuming marijuana in tincture form because it’s often easier to stomach than smoking and vaping cannabis is. It generally has the same effect as an edible would.

After harvesting and drying the buds, hash growers use sieves to separate the trichomes from the flowers. Once separated, they are molded using a hash press to create a homogeneous mass of trichomes.

Hash offers a potent experience, being a concentrated form of resin loaded with cannabinoids. It has a very high level of THC. The most popular way to consume hash is with a dab rig.

Marijuana is a great way to unwind, relax, and enjoy yourself. If you’re interested in taking up marijuana either recreationally or medicinally, then you can use this article to find the method of consumption that’s right for you.