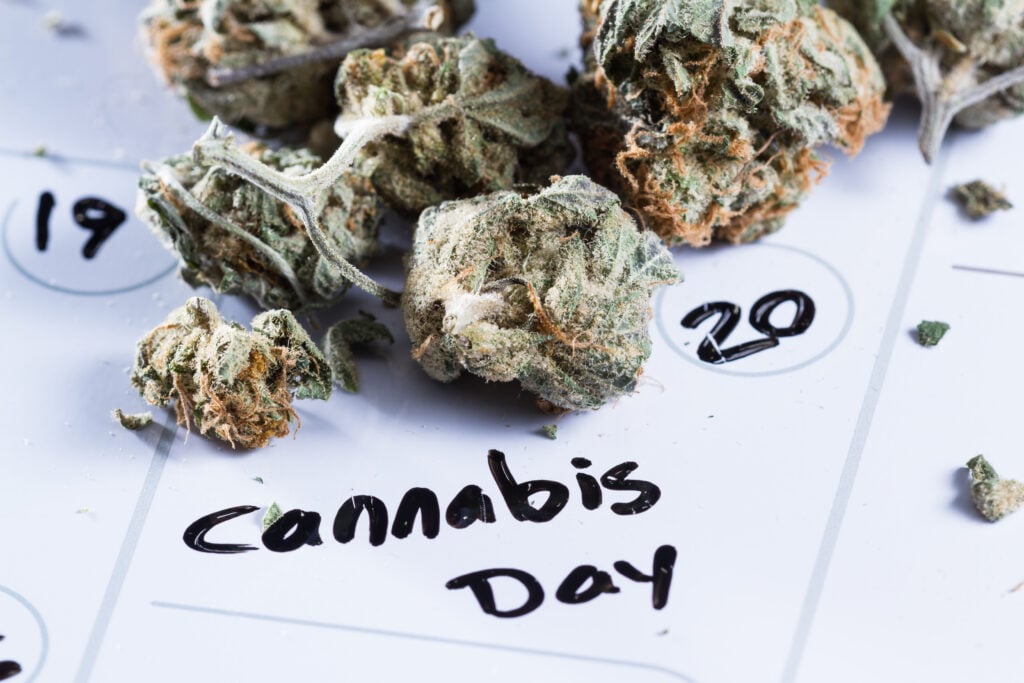 Want to know the top cannabis events that you can attend in the year 2017? Even though, we are already in the month of April, there are still cannabis events that you can attend for the remainder of the year. And it does not matter if you are a professional in the cannabis industry, advocate or activist, or even a cannabis consumer. Attending the marijuana centric events held during the year 2017 will only further the movement and give you the information you need about the marijuana plant itself.

Marijuana history is evolving and people are becoming more aware, interested and tolerant. Below, we have put together a list of cannabis events that you must attend, if you want to be educated and informed. Let's see which one is a good fit. We will go back to the cannabis events from beginning of the year and move forward, but our list will not include all the marijuana events throughout the year.

On January 29, 2017, the Secret Cup took place in Las Vegas, Nevada. This particular marijuana event is unique to others because it is all about hash making and expert hash makers are judges in this competition.

The Indo Expo is a spectacular showcase of the cannabis industry. this is a two day marijuana event, which focuses on B2B connections with support between consumers, marijuana growers, wholesalers, purchasers and retailers. There are various cannabis products represented in this exposition, which includes smoke accessories, supplies, jewelry, apparel, tools and supplies. There are various sectors of the industry that are usually represented. This event took place on January 28th and 29th in Denver Colorado.

The NCIA Seed to Sale is an event that takes place in the month of January where leading dispensary owners, cultivators, product providers and extraction artists meet to talk about current case studies, best practices and share scientific and technological information about the marijuana plant and the industry. This year, the event was in Denver, Colorado on January 31st and February 1st.

The Women Grow Leadership Summit took place in Denver, Colorado from February 1st to the 5th. it is one of the top cannabis events for women. When you attend this event, you leave there with a depth of information, education and knowledge.

The Emerald Conference is another big cannabis event, devoted to discussions and explorations on the science of marijuana. This includes clinical applications and analytical testing. The event was held in San Diego, California on February 2nd to the 3rd.

Everyone knows that one of the top cannabis events of the year is the High Times Cannabis Cup held in Las Vegas, Nevada on March 4th and 5th, 2017. People from all over the world attend this trade show to celebrate marijuana through seminars, expositions, competitions, concerts, cannabis products and celebrity appearances.

The California Cannabis Business Exposition is an annually event. Its third  yearly event took place in San Diego, California on March 5th through March 8th, 2017. This event attracts many exhibitors and sponsors.

The University of Michigan holds a cannabis event known as the Ann Arbor Hash Bash where attendees enjoy live music, speeches and street vending. In 2015, more than 15,000 people attended. this year, it took place on April 1 2017.

CannMed Conference took place in Boston, Massachusetts on April 9th through the 11th. This event is pretty much about medical marijuana research with an in-depth discussion on the remarkable benefits of the marijuana plant.

The Cannabis Private Investment Summit will be held in Beverly Hills, California on May 3, 2017. This event is an exploration of the risks and opportunities associated with investment into the cannabis industry.

The High Times Cannabis Cup is one of the celebrated cannabis events that also takes place in Santa Rosa, California on June 3 and 4, 2017. This is going to be a celebration of recreational cannabis legalization.

The Oregon Hemp Convention is an event that will take place in Portland, Oregon in the month of June – date not yet announced. It is an opportunity to learn about the cannabis industry and be introduced to new marijuana users.

The Dispensary Next Conference will take place in Denver, Colorado on July 17 and 18th. It is an educational and informative cannabis event where products, standards, best practices and services will be discussed, especially for marijuana dispensary owners.

The Champs Trade Show will take place on July 18 to 20th in Las Vegas, Nevada where thousands of people will attend.

The Live Cannabis Plant Awards will take place for the first time at the Oregon Cannabis Growers Far in the month of August where cannabis growers will be showcasing their marijuana plants. The prize is $10,000 to the winner.

On August 18 through the 20th, attend the Seattle Hempfest on the Seattle waterfront where cannabis law reformation will be advocated.

The Cannabis World Congress and Business Exposition takes place in Los Angeles, California every year. In 2017, it will be held on September 13 to September 15 where investors, professionals, and investors will meet to discuss the fast growing cannabis industry.

The State of Marijuana is one of those landmark cannabis events that takes place in Long Beach, California. No specific dates are decided yet.

The Great Midwest Harvest Festival will take place in Madison, Wisconsin on October 2 to October 4, 2017. Professional speakers will be in attendance to discuss the cannabis industry and marijuana law reformation.

The Canada Marijuana Boom  will take place in Vancouver, Canada on October 3 to October 4, 2017. It is one of those cannabis events that looks at cannabis job creation and marijuana as a source of income and revenue.

The Cannabis Grand Cru will be held in Portland, Oregon in November. Last year, it took place on November 5, 2016. Attendees will learn about the cannabis lifestyle, culture and businesses.

CannaFest  is held in Europe in the month of November. It is one of the major cannabis events where cultivation, seeds, technology, fertilizers and smoking accessories are showcased.

The Emerald Cup is held in Santa Rosa, California in the month of December. Every year, the best marijuana grower is judged, winning an award known as the Academy Awards of the Cannabis Industry.