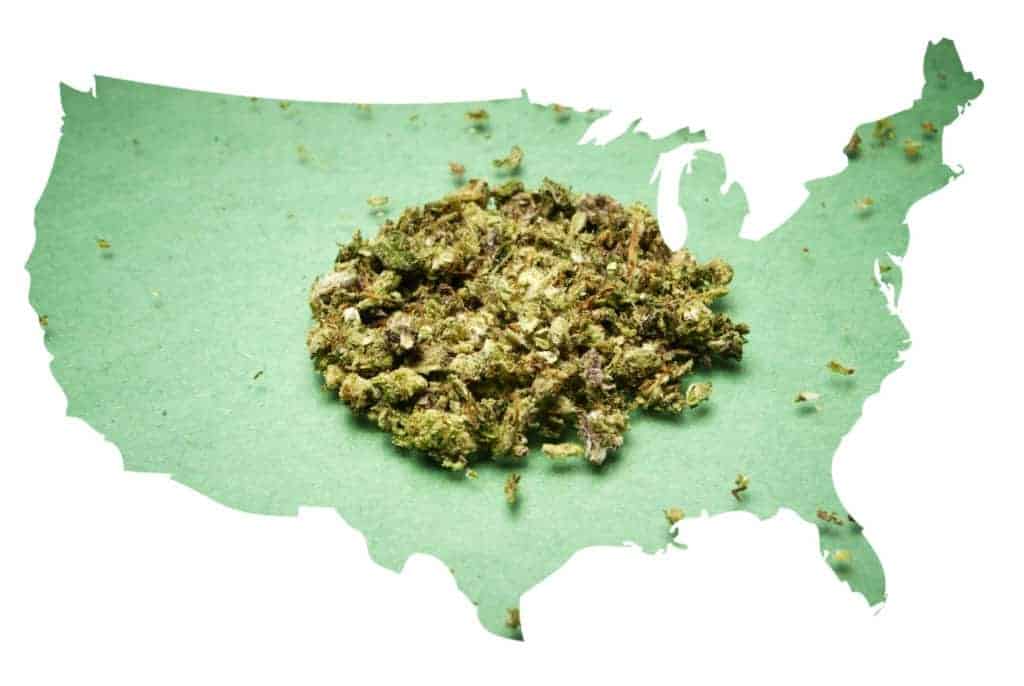 The benefits of weed legalization for the United States are vast. While many cannabis consumers are simply worried about the criminal aspects of marijuana being illegal, there is much more to gain for the country than decriminalization. Let’s take a look at all the good that can come from legalizing marijuana in the US!

Perhaps the main benefit that would come from the federal legalization of weed would be the economic stimulus. All of the circulating money that goes through the illegal drug trade currently could prop up the country’s economy like no other. Here are a few of the economic benefits of legal weed:

Thousands of new jobs would be available across the country. A legal weed industry would require dispensary owners, Budtenders, stockers, growers, processors, delivery drivers, packaging workers, and much more. Since we are looking at federally legalizing it for our country, it’s highly doubtful we will allow outsourcing these jobs to other countries, meaning job opportunities galore!

Just like tobacco and alcohol have their specific tax rates, cannabis would be in a tier by itself. While consumers worry that this will only raise the cost of the end product and sellers worry it will eat away at the profits, country-wide legalization should create a balanced market.

This would be a win-win for sellers and consumers. All of that increased tax revenue could go towards funding important programs (all decided by our vote, of course).

The cannabis industry is already booming. If it were to become legal across the country, the investment opportunities would be numerous and new small business owners would have the capital required to succeed in the industry. Who wants to trade stocks for Pepsi and Nike when they could be trading Blue Dream and Granddaddy Purple stocks?

So much money is used towards the enforcement of the federal marijuana laws currently. With cannabis legalization, all of this money could be used elsewhere, reducing the financial and time strains on law enforcement agencies.

Forbes estimates that there are 40,000 people behind bars currently due to marijuana charges. Sure, some of them also have other charges that may have landed them in prison no matter what. However, there are some that only have one felony in their lifetime and it is due to weed being illegal.

We can reduce the crowding in our prison system with weed legalization by granting non-violent, first-time offenders with simple cannabis charges amnesty and let them out early.

Cannabis is good for the earth. Most cannabis consumers like fully organic marijuana, meaning country-wide growing regulations may require organic standards. Organic farming is better for the land and the communities around the farms.

Cannabis can grow where many other crops can’t. After all, it is a weed! This will allow the country to utilize land that isn’t suited towards food productions, raising the property values in these areas.

Hemp is legal to grow commercially in many places. However, the undisclosed fact that many people don’t know is that many hemp regulations require such a minuscule amount of THC being present in the cannabis plants that there are very few cannabis strains that can be grown legally for hemp. This dissuades many potential hemp farmers currently.

While hemp can be grown without growing marijuana, it would be a lot easier for commercial growers to harvest marijuana and then turn the other biomass into hemp as a byproduct. We wouldn’t need hemp and cannabis farms as they would be one and the same!

Cannabis grows faster than trees but can replace what trees give us. Hemp is strong and renewable, leading to sustainability benefits across the country. Paper, clothes, carpet, insulation, concrete, and even wood can be replaced with hemp alternatives!

There are not enough studies on marijuana to date. This is because it is still federally illegal. It’s hard to run a study when the government says what you are subjecting participants to is illegal!

We know marijuana has medicinal benefits. However, we don’t know just how many benefits it can offer. When marijuana becomes legal, studies can be implemented to find out what else cannabis can be used to treat. It’s already recommended for epilepsy, but what if that is just scratching the surface?

In addition to being able to study marijuana for medicinal purposes, we can also put more funding towards studying marijuana itself.

Breeding programs can be more regimented and we can implement selective breeding to create truly medicinal and recreational strains over time. We don’t have to go as far as turning cannabis to a GMO crop, but selective breeding with the help of science labs around the country will drastically improve the qualities of marijuana.

What Can We Do?

There are quite a few states in the country that have legalized marijuana in some shape or form. Some have legalized it strictly for medical purposes, others have decriminalized it. For example, California marijuana laws dictate that marijuana for both recreational and medical use is legal.

However, nothing states will do is as powerful as the federal legalization of marijuana. Any time there is a marijuana vote, vote for legalization! As you can see from this article, you will probably reap benefits even if you don’t consume cannabis.