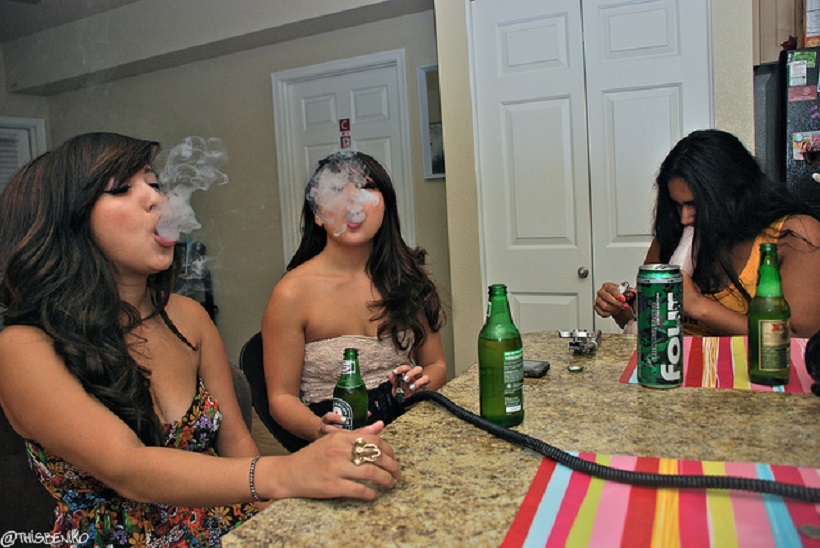 Many people believe that alcohol is a social lubricant. However, there are others that don't just think that it is, but have made it that way in their lives. It is safe to say that alcohol makes you loosen up. It makes you talk more and it also makes you animated and less anxious about issues that may be going on in your life at the moment. Yes, people use it for various reasons. The same might be true for marijuana strains, but if you don't want to get dependent on either of them, it is best to use them in moderation and on special occasions.

If you are an occasional user or active user, you might remember how certain marijuana strains gave you an unforgettable high at a party or made you paranoid or quite sleepy while at home or while you were out. You probably don't want to experience this again and you don't have to, if you use it moderately. Fortunately for you, there are some top marijuana strains that don't give that effect. Let's look at some of these strains.

Chocolope is one of the marijuana strains that falls into the sativa category. It is cross between Cannalope Haze and Thai, which was genetically combined providing homage and respect to the popular Chocolate strains in the 1980s. You will get n earthy taste and sweet flavor from this developed strain. It gives a dreamy feeling when you smoke it and great for the party scene. If you are introverted and want to come out of your shell, this is the strain to use.

White Russian is one of the marijuana strains that falls into the hybrid category. This strain was developed by breeders in Holland. It is a cross between AK-47 and White Widow. It is dominantly hybrid and indica at the same time. This particular strain won the place for the best overall strain in the High Times Cannabis Cup in 1996. So, it is well known among the public, but especially among marijuana enthusiasts. This particular strain should be included in your party since it gives you the courage to indulge in conversation with the guests. In other words, it loosens you up.

Sour Lemon OG is also one of the marijuana strains that falls into the hybrid category. This specific strain is known by many to have been bred by a company known as Emerald Triangle Seeds. It is dominant as a hybrid and sativa strain.  It is more sativa than hybrid and has an aromatic smell that is recognized as apple, lime and lemon. You won't have any party poopers, if you include this in your inventory of strains at your special celebration or social engagement.

Blue Diesel is one of the marijuana strains that falls into the hybrid category. This strain is connected to the Blueberry and NYC Diesel strains. It has a pleasant taste and gives you a moderate buzz, which can be long lasting. With its Blueberry DNA, you can expect a berry aroma and smooth smoke. You can use this at a daytime social gathering because it relaxes you without making you sleepy.

Bubblegum Kush is one of the marijuana strains that falls into the indica category. This type of strain is ideal for a social gathering that is more relaxed and laid back. You will feel comfy and want to sit on the couch and be chatty with the party guests.

Strawberry is one of those marijuana strains that you must have at your party. It is from the Netherlands and is sativa with a fruity smell and elevating effect. If you want to reduce stress or anxiety, the Strawberry strain is the obvious solution. It has a high level of THC, but has no paranoia effect. It is more relaxing and comforting.