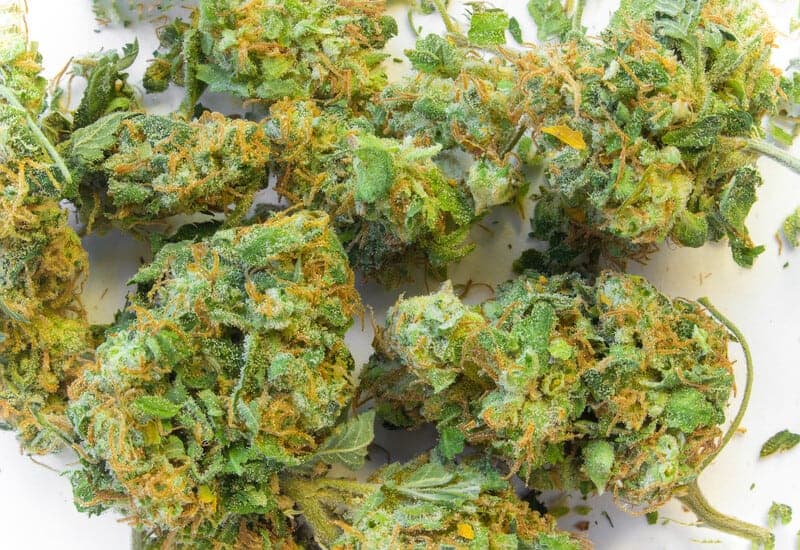 Bob Marley or Robert Nesta Marley as his mother Cedella appropriately named him is long gone, but his memory lives on in a Jamaican strain. This reggae artist has become a legend to the small Caribbean country of Jamaica where he was born. Bob Marley made a name for Jamaica while showcasing his talent on the local and international stage.

He was also a Rastafarian, which means that marijuana was part of the sacrilegious celebration of their culture. Here, we will discuss the different marijuana strains in Jamaica, but especially the most popular ones. Let's go!

Jamaica is an indigenous or landrace cannabis strain that grows in the native regions of the island, Jamaica. This is one of the marijuana strains grown as sativa and can be easily identified by its effect and structure. The climate in Jamaica makes it easier to grow.

Lamb's Bread is one of the marijuana strains that is a staple in the island of Jamaica. It is a bright green sativa strain. It feels sticky and its effect after smoking or ingesting is a constructive introspection and lots of energy. When you smoke Lamb's Bread, you will get rid of stress very quickly. It is said to be ideal for anxiety and depression. Bob Marley is known to have loved this specific cannabis strain.

Jamaican Pearl s also one of the marijuana strains that falls in the sativa category. It is usually grown outdoors and carries a potently sweet aroma. This particular strain was originated from Sensi Seeds. Jamaica has some of the best marijuana strains and this is one of them. You can expect high quality and potency when you select this well-bred strain, which is a cross between Early Pearl and Collie Weed.  It has a nice tropical flavor.

If you are looking for a sativa landrace strain, check out the King's Bread grown in Blue Mountains, which is located in the hills of the small island of Jamaica. This is one of the marijuana strains known for its euphoric effect. When you smoke it, you will get a mellow feeling. It is known to help with stimulating the appetite, relieving pain and alleviating stress.

Jamaican Dream is also one of the popular marijuana strains you can find in Jamaica. It is 90% sativa genetics. You can expect a sweet and subtle flavor that carries a weightless exhilaration and lofty mood. The effect is not so intense that you cannot begin your day.

It treats fatigue and depression. When grown indoors for about 45 days, it will begin to flower. If you plant this strain outdoors, it should begin to flower at the end of the month of September.

Collie Weed is an indica strain with an hybrid bred. In 1999, this is one of the marijuana strains that won the High Life Cannabis Cup. The buds are sticky and spiky, giving off a sweet, musky and pungent smell. It has the undertones of an Afghanistan cannabis strain. It takes up to 65 days to go to the flowering stage, whether grown outdoors or indoors.

If you are looking for one of the marijuana strains high in CBD, then Jamaican Lion is the ideal choice. It has a gentle psychoactive effect. It helps the user to feel uplifted and relaxed without any mental cloudiness. The CBD content in this cannabis strain is at its highest in the ninth week of flowering. If your goal is to have a harvest that is 1:1 in THC and CBD ratio, then it is best to do so in the eighth week of flowering.

If you are looking to learn how to grow the best Jamaican weed strains go to the leading online cannabis training program, the Jamaican marijuana college, Cannabis Training University.