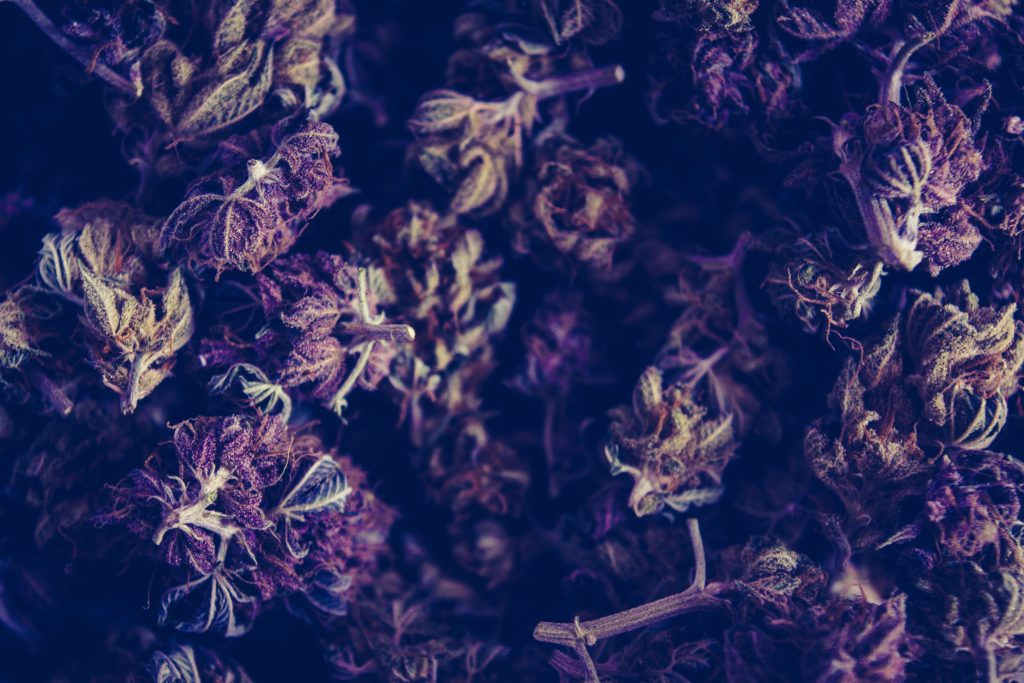 Miracle Alien Cookies marijuana strain (commonly known as MAC) is a THC loaded strain that’s highly medicinal. It is an exotic strain that ranks well on the list of “favorite strains” for many marijuana tokers.

What makes this strain so adorable?

MAC is a beautiful strain with frosty and dense nugs that emit delectable scents of citrus, lavender, and pine. Being packed with therapeutic cannabinoids and terpenes, this strain helps to relieve stress, anxiety, and depression. It gives a strong and intense high and could also be a good strain for chilling out with friends.

Miracle Alien Cookies is a balanced marijuana hybrid strain with 50% indica and 50% sativa. However, the effects are more indica leaning than they are sativa leaning.

MAC is a cross between Miracle 15 and Alien Cookies and was bred by the master breeder Capulator. Miracle 15, and consequently MAC, has very interesting genetics.

Here is the story.

Miracle 15 is a hybrid strain that is a cross between Starfighter and a Colombian landrace strain from South America. This strain is called Miracle 15 because it was the only one, out of 15 seeds, that survived. An unknown breeder forgot these seeds in his pants which found their way to the washing machine. On finding them, the wife took them out and dried them and put them out to germinate. After a few days all but one survived; the Miracle 15.

Miracle 15, which turned out to be male, was later crossed with a female version of Alien Cookies to create Miracle Alien Cookies.

Miracle Alien cookies have dense cone-shaped nugs that are richly coated with sticky and resinous trichome glands. These nugs are hard to break by hand because of how sticky the trichomes are. The nugs are visually appealing with hues of olive green lying beneath the silvery-white resinous glands. Orange pistils can be easily spotted around the nugs.

Miracle Alien Cookies have a citrus and lavender scent that is interrupted by pungent undertones. If you are a first-time user prepare to encounter the real mustiness of this strain after your first exhale. Despite the funky flavor, this strain leaves an earthy taste in your mouth. Generally, this strain is a mix of sweet and sour and will tantalize all the taste buds in your mouth.

MAC causes a blend of mental stimulation and deep body relaxation. It starts with an uplifting mental buzz that quickly translates to body-numbing relaxation. Patients have turned to this strain when they are stressed out and need to get their minds focused on positive things.

MAC has high THC which usually hits 20%. The CBD content is minimal and rarely gets beyond 0.1%. Even with the high THC amounts, the effects of this strain are well balanced.

What Terpenes are Present in MAC?

Even without lab testing, it is easy to pick out citrus and spicy notes from MAC. You will also be able to detect mild earthy notes from this strain.

You may be wondering why these scents are important, and what they’ve got to do with terpenes.

Well, terpenes are those aromatic essential oils that give cannabis (as well as other plants and insects) their unique aromas. There are over 200 different terpenes in cannabis, however, only a few have been investigated.

From the aromas emitted by this strain it appears that it has significant amounts of the following terpenes:

Limonene is one of the dominant terpenes found in cannabis. In MAC strain, limonene is found in small amounts; 1.13%. Limonene is a relaxing terpene that boosts the therapeutic effect of this strain.

This is the most dominant terpene in cannabis that is responsible for the skunky scent of marijuana. It has anti-inflammatory and sedative effects.

Caryophyllene is present in MAC at 0.45%. This is the only terpene that interacts directly with the endocannabinoid system by binding to cannabinoid receptors. It facilitates the uptake of other terpenes. It also provides anti-inflammatory and analgesic benefits.

Terpenes work together with cannabinoids in what is referred to as cannabis synergy. This effect translates to a longer-lasting healing benefit.

MAC is an uplifting marijuana strain that can be taken in the morning as a stimulator. Users have reported a general sense of excitement with a mild feeling of euphoria when taken in moderate doses. Used socially this strain helps to set the stage for light-hearted conversation. First-time users are however advised to go-slow on this strain as taking in excess can cause overwhelming effects.

Other positive effects include:

Like most other THC loaded strains, MAC will cause the following negative symptoms:

When taken in high amounts this strain might also cause anxiety.

Miracle Alien Cookies is a well balanced, flavorful, and therapeutic strain. The CBD in this strain coupled with entourage benefits produces potent anti-seizure benefits. Patients with epilepsy may find some relief from this strain.

Patients have used this strain to relieve painful and inflammatory conditions. Mostly this strain is used to tackle chronic pain that has not responded to traditional pain medications. It has also been used to relieve nerve pain in fibromyalgia.

MAC is also known for its stress-relieving properties.

Patients have used this strain to treat:

To pass a marihuanas drug test get your detox kit at Nutra Cleanse. Bu your drug testing kit at www.passyourtest.com