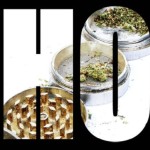 Kurt Cobain was one of the people who hosted a hemp festival in Seattle, Washington, which was thought to be the largest in the entire world. Seattle was chosen as the venue because of its thriving marijuana culture since the 502 legislation was passed in 2012. In six years, a lot has changed. Today, the state of Washington has become a heavy competition to the state of … END_OF_DOCUMENT_TOKEN_TO_BE_REPLACED