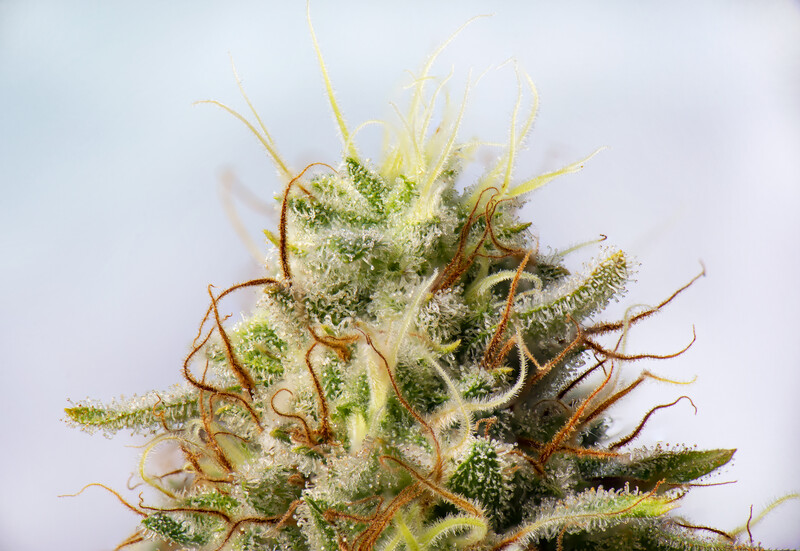 The delectable Ice Cream Cake is a poster child for what a modern cannabis connoisseur wants, covered in a thick, sticky layer of resin much like powdered doughnuts with sweet, creamy notes of vanilla dough. Ice Cream Cake strain has quickly become a top-shelf strain and is seemingly retaining its sweet spot on the cannabis strain radar.

Ice Cream Cake's parents, Gelato and Wedding Cake, were the talk of the town some two years ago. Although both are still around, they don't hold the same appeal as Ice Cream Cake, as it now steals the show. Will Ice Cream Cake strain be able to hold its place among the Girl Scout Cookies of the world? Only time will tell, but it’s certainly off to a sweet start!

Bred by Seed Junky Genetics, Ice Cream Cake is an indica-dominant marijuana strain made by crossing Wedding Cake with Gelato #33. Ice Cream Cake carries a long lineage of Girl Scout Cookies, Durban Poison and various Kush hybrids and other phenotypes. Described as a near-hybrid, Ice Cream Cake is composed of 60% Indica and 40% Sativa.

Ice Cream Cake cannabis plants are generally suitable to harvest from early to mid-October. Indoor yields can be as much as 18 ounces per square meter, where outdoors, you can get up to 18 ounces per plant. Ice Cream Cake buds are resinous and thick, and the size of the final yield depends entirely on how many plants you have in a designated area.

As an Ice Cream Cake  strain grower, you are most likely to gain access to a photoperiodic one, as such. Ice Cream Cake cannabis plants will flower in 8 to 9 weeks.

Batches of Ice Cream Cake are known to test at around 28% THC on average, marking the strain as very potent. Newer cannabis users should heed some caution when handling Ice Cream Cake for the first time, where regular consumers with a high tolerance may appreciate its heavy, happy body-stoned buzz.

In this case, the name says it all! This strain’s aroma and flavor are considered exceptional. When presented at first, Ice Cream Cake is guaranteed to make an instant connection with those lucky enough to make its acquaintance. With a taste reported by many to be dominant of vanilla and cream, it’s easy to understand how the Ice Cream Cake strain acquired its name.

With that said, connoisseurs with experienced palates may also be able to identify hints of fruit and spice. Ice Cream Cake has been described as owning hints of sugar, ice cream, cake, vanilla, cookies, cream, nuts, and even real honey.

Ice Cream Cake is known to aid with insomnia, restlessness, stress and anxiety, as well as relieve everyday pain and muscle stiffness. Have some Ice Cream Cake after work to de-stress and fade into a state of relaxation and peacefulness – in addition to having your muscles treated internally.

Ice Cream Cake strain is a real treat for anyone with tastebuds and a need to relax. We highly recommend and commend this strain for its delectable flavor, aroma, effects and looks all-in-one. You scream, I scream, we all scream for the Ice Cream cake marijuana strain any day!