You may be surprised to find that there are more than a few notable cannabis users throughout history. Research can help you to find out who these people are. The use of cannabis goes back to civilization. The marijuana plant was greatly valued and admires as a recreational and medicinal substance. It has served many famous people and it is still doing so. You may be surprised at how many influential people consumed marijuana and still do so today. It could be even shocking.

Prior to cannabis prohibition, the plant was widely respected. It is just during the late centuries that it became known as the devil’s weed. In the past, there were no such thing as oppression, prohibition and criminalization as it related to marijuana. In fact, cannabis users were able to consume it in public back then.

During that time, it is the hemp plant that gained more respect, but only during specific periods. Back then, even drug stores would offer choices of inventory that aided various medical conditions. And, there were many historical cannabis users that took advantage of it. In fact, these were people held in high regard. It is a pity that politicians and lawmakers do not study this history or care to emulate it. Let us now look at the some of the most notable cannabis users throughout history (you can find a list of more notable users here).

We all know William Shakespeare as a great writer and poet. He lived in England where he wrote many of his famous pieces. His name is remembered for works such as Hamlet and Juliet and Romeo. Many theater productions were developed from his work. Archaeologists have indicated and provided evidence that he had a cannabis garden. In fact the archaeologists found clay pipes, which when tested were found to have traces of cannabis. His weed smoking could be the reason that he had such creative imagination and inspiration to produce such amazing pieces.

Yes, whether you know it or not, George Washington, President of the United States smoked a little pot. Everyone knows him as a prominent founding father. In fact, he was the first president of the USA. He was the one that offered help in leading the war and the rebellion for American independence against Britain. Most people who study history know that he was one of the heavy cannabis users of all time. In fact, he cultivated his own weed. If he had lived as long as now, and was a civilian, he probably would have been placed in prison for possession of marijuana. It is no joke. He would not have been the President of the United States.

You probably are shocked that Queen Elizabeth made the list. But, believe it or not, British people love to smoke weed and they always had a love for it. Queen Elizabeth passed a low that if you were a land owner and had more than sixty acres of land, you could cultivate hemp. If you didn’t, there would be a fine of £5 that you would have to pay or risk other severe punishment.

Now we turn the second President of the United States; our second founding father who had a love for cannabis. Yes, he was one an avid cannabis user in the White House. In fact, he believed that hemp, with it’s many uses, was a better crop than tobacco. He thought that tobacco was too much to take care of and did not serve the livestock either.

It is a known fact that Christopher Columbus was one of the cannabis users in history. He was known as a sea explorer. He traveled the high seas throughout the American Continent; discovering certain parts. It was said that while looking for land, they had sativa seeds on board the ship with the intention of growing them once they docked. 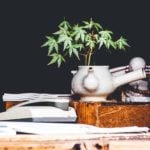 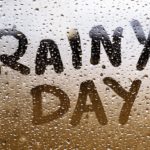