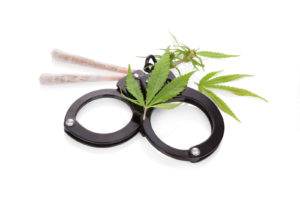 According to police officers there was a strong smell of cannabis coming from the vehicle DaBaby was in when he arrived for his concert.

Police waited until after the show to speak with DaBaby and Dabady refused to comment.

The officers looked inside of the vehicle DaBaby was in and found less than one-half ounce of marijuana inside.

Initially, DaBaby was arrested and charged with misdemeanor possession of cannabis and resisting arrest.

But after transporting DaBaby to jail, the police officers decided they would instead issue him two citations.

An Internal Affairs investigation is going on to determine if officers followed department polices during the incident.

DaBaby was very upset at cops in Charlotte, claiming they were up to no good when they swarmed his car and busted him for marijuana possession.

DaBaby had just performed at the Bojangles' Coliseum Monday night.

He had just left the venue and got inside of his car in the parking lot when, according to him, 15 cops swarmed his vehicle, searched it and found the ganja.

DaBaby was cited not just for cannabis possession but also for resisting an officer.

He was not arrested in the end, instead he was cuffed, cited and then released.

He is best known for his single “Suge” which peaked at number seven on the Billboard Hot 100.

Kirk was involved in an incident in North Carolina where a 19-year-old man was shot in the stomach and died soon after.

Kirk confirmed his involvement in the shooting and said “he acted in self defense”.

However, the charge was dropped in March 2019, and Kirk pleaded guilty to carrying a concealed weapon, which resulted in a misdemeanor punishment.

Jonathan Lyndale Kirk was born on December 21, 1991, in Cleveland, Ohio. He later moved to Charlotte, North Carolina in 1999.