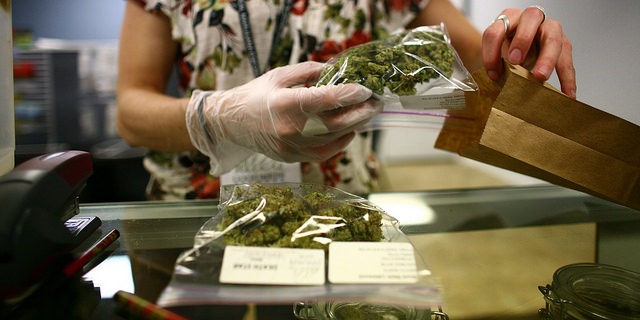 As many more cannabis states get involved in the industry, it seems to have sparked a lot more interest in cannabis stocks. If you want to profit from marijuana, you don't have to do it in the illegal way.

You can jump onboard as other cannabis states are doing, but you need to have the information necessary to make the best choice.

Remember, you don't want to get involved in something that you know nothing about, only to lose your money. It is important to get the right cannabis training.

The Impact on the Market

You may see the positive impact of the cannabis market in the next five years as more cannabis states consider legalization.  The marijuana industry is a billion dollar industry. Many people are late finding that out.

If you are one of those persons, don't worry because it is never too late to get your hands on the available profits, if you invest in the marijuana stock market.

There are several cannabis states that are showing continuous growth in the marijuana industry. These are namely California, Washington State, Colorado, Pennsylvania and Michigan. The future looks bright for the cannabis market in these cannabis states by 2021. It was in 1996 that medical marijuana was approved in the state of California. In fact, this was the first state that enjoy marijuana legalization.

In 2012, Colorado and Washington state were approved for recreational marijuana. Cannabis states like Oregon, Main, California, Alaska, Nevada and Massachusetts have already joined in and waiting for the other legalized cannabis states to follow suit.

Polls reveal that the support for marijuana; both medical and recreational are growing by leaps and bounds. People in many states are thinking about voting for more relaxed marijuana laws in the near future.

Most Americans are in favor of the legalization of marijuana than they were in the past. Advocates for marijuana are getting ready to make their case in Missouri, Oklahoma and Texas to ask for the approval of recreational cannabis.

The State of California

Now that you have heard all of that good news, it is time to look at some of the projections for marijuana stock. In the state of Colorado, the success has been more obvious. In fact , it is one of the largest markets for cannabis.

By 2021, this is one of the cannabis states that will show the biggest profits in marijuana stocks. The state of California is at the top. It is one of the largest cannabis states and because of its large population and high cannabis revenue, it stands to reason that this will also be a profitable stock purchase.

The State of Washington

In the state of Washington, the cannabis market is smaller, but growing quickly. In five years, it has grown to take number three spot among the other fast growing cannabis states. Even though, the market is smaller, the products are in high demand.  In January 2017, the sales were reported to be $139 million.

This is an improvement because in February 2016, the reported sales were $81 million. It is projected that the sales will reach $1.9 billion by 2021.

The State of Michigan