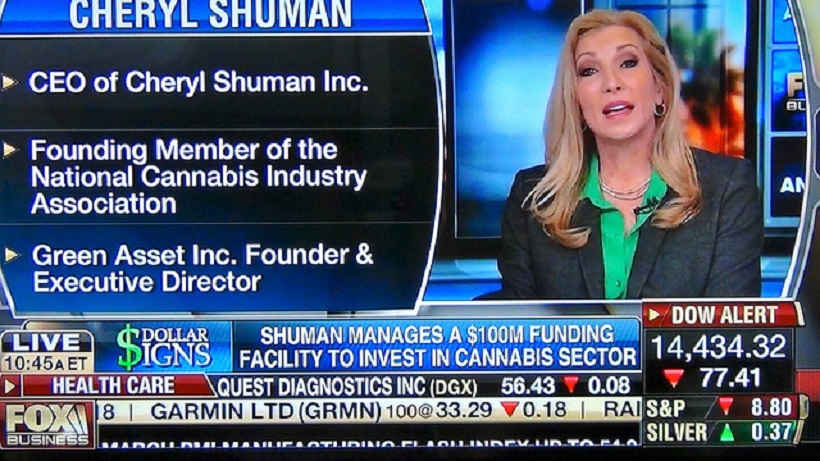 Let's examine some of the top Cannabis CEO's. Many entrepreneur and new start up business owners are getting into the legal marijuana market, which is worth over $26.6 billion.  The cannabis industry has seen such a vast improvement in all the states since it has become legal. Cannabis CEOs are profiting and taking advantage of the profit potential in more ways than one. Many of these executives have had their share of ‘learning curve' to hitting the pavement and being successful on their first ‘go around.' Let us listen to the advice of top cannabis CEOs so that you don't have to make the same mistakes and you can omit the learning curve and get it from the ‘horses' mouth.'

There are some cannabis CEOs that have been stalwart in advocating for the reform of the cannabis laws in their state and for that reason, they have a good idea of what is involved and what should change in order to make it easier for other entrepreneurs. For example, Bill Gates, the Microsoft mogul have advocated for changing legislation and more legalization. John Mackay of the Whole Foods store has done the same. Sir Richard Branson has an enthusiasm about the cannabis industry, but wished more states would become legal. Many cannabis CEOs like these do not just talk about marijuana legalization, but they go full force in making sure that their voices are heard. Let us look at some of these CEOs.

SinglePoint is a publicly traded marijuana holdings company and one of the cannabis CEOs is Greg Lambrecht. He advises that if you are interested in opening up a marijuana business, you have to become aware of all the regulations as it relates to the federal, state and municipal government. If not, you will be penalized for not complying with the required regulations. In addition, the marijuana industry is going at a fast and changing pace and if you lack the knowledge of the legislation, you won't only be left behind, but you face consequences for non-compliance.

Alejandro Canto is one of the cannabis CEOs and pioneers in the cannabis industry. He owns a medical marijuana dispensary called Diego Pellicer and it is located in Seattle, Washington. Canto believes from experience that when a cannabis company is formed, entrepreneurs consider a re-evaluation the amount of capital necessary to start the business. The cannabis industry has changing regulations and laws, which can sometimes result in unforeseen expenses and challenges. So, it is best to set aside funds for those unknown and unpredictable expenses.

Sasha Kadey is one of the cannabis CEOs that has championed the industry in her own right. She is a CMO at Greenlane, a company that distributes vaporizers to North America and the world. She thinks that cannabis business owners should be ready to deal with the most diverse industry personalities. This means the ones that have their law, medical and MBA degrees that think they know everything. However, at the same time, entrepreneurs can learn from these educators and professionals, expanding their knowledge to be more successful in the industry.

Richard Huang is one of the cannabis CEOs that work for a high technology vaporizer company known as Cloudious9. Huang thinks that a marijuana entrepreneur needs to be aware of the risks associated with going into a cannabis industry. Therefore, they have to do their own homework, learn from the best and get acquainted with the changing legislation.

Jeffrey Zorn is CEO and founder of Cannabis Training University. CTU is the industry leading online marijuana school and has been since 2009. Jeffrey Zorn has grown CTU into a multi-million dollar company since its humble beginning in 2009. Cannabis Training University also has the largest social media following of all cannabis schools. CTU has over 4 million Youtube views on its cannabis Youtube page, over 1.3 million Facebook Followers on their marijuana Facebook page, the leading cannabis industry Pinterest page with over 2 million monthly views, over 100,000 Twitter followers, more than 60,000 cannabis Instagram followers, and over 100,000 unique visitors to their website. Cannabis Training University is the world leading cannabis college and the company continues to grow year over year, making Jeffrey Zorn one of the marijuana industry's brightest stars with a highly profitable outlook ahead.

We had a chance to ask Jeff Zorn about his latest company evaluation of $20 million and he said, “To be recognized as a leading cannabis company is an honor, especially since it began as a small startup back in 2009. We expect to grow exponentially for many years to come and we are thankful and humbled for the opportunity the industry has presented to us.”