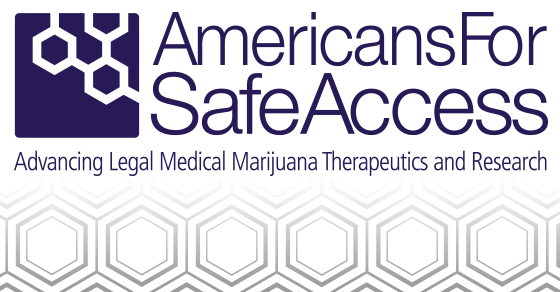 Americans for Safe Access (ASA) does an annual report on the state of medicinal cannabis in the US. Here are the highlights of the 2022 state of the states report. The report was released in April 2022 under the stewardship of the then president Steph Sherer.

ASA is a nonprofit organization that was founded in 2002 with the aim of advocating for safe and legal access to medical marijuana in the US. It is the largest non-profit organization in the cannabis space with a membership of over 100,000 cannabis supporters spread throughout the US. The membership is composed of patients, clinicians, researchers, scientists, and other cannabis enthusiasts.

What is the Americans for Safe Access Annual Report?

Every year ASA compiles a report that summarizes the key developments and setbacks in the cannabis sector that have happened in the span of a year. The report examines and critiques legislations and gives recommendations for improving the safe and legal access to medicinal cannabis. ASA began publishing this report in 2014 when only 22 states had legalized medicinal marijuana to some extent. The latest report includes 47 states and the District of Columbia. This space has witnessed immense growth in the last six years as depicted by each subsequent report.

Key policy makers have used this report to guide decisions and law making in the cannabis sector. However, there is still much that ASA hopes to achieve in the coming few years to help deserving patients gain access to medicinal cannabis. Current laws restrict the use of medicinal marijuana to a few approved medical conditions. These are commonly referred to as “qualifying conditions.”

Medicinal cannabis patients are also not able to access insurance for marijuana treatment. In addition, marijuana laws change from state to state. This makes it hard for patients to access their medicine when they have moved to a different state.

If medicinal cannabis was legal at a federal level, it would be much easier for patients to gain safe access to their medicine. Fortunately, this seems to be on the horizon.

The ASA annual report is not intended to serve as a “final report book,” but should be used as “an interim snapshot” of the state of medicinal cannabis and give directions for the future.

The ASA 2019 report is a document of about 180 pages. In the pages you will find a detailed state by state analysis of medicinal cannabis programs in 47 states and DC. This report is broken down to include:

Generally, the report clearly shows that safe access to medical cannabis has improved in all the states. Over 2,000 cannabis bills have been introduced across the country in the last two years. Medicinal cannabis laws have been created and implemented in different states increasing access to medicinal cannabis. However, some issues have remained unsorted and present an opportunity for cannabis advocacy in the future. The full report can be accessed via this link.

Highlights of the ASA 2019 States of States Report

In 2017, and other preceding years, there were no documented deaths that were attributable to cannabis use. This reinforces the safety of medicinal cannabis and validates its use as a safe alternative to prescription medications.

This means that 94% of Americans can access some form of medicinal marijuana for specific conditions. Once this gets to 100%, it will be easier to have federal approval and guarantee safe access for all deserving patients.

3 Million Plus medicinal cannabis patients in the US

With a population of about 327 million, this means that 1% of Americans have been approved for medicinal cannabis treatment. This is huge, considering that qualifying conditions in most states are limited to life-limiting conditions. ASA’s hope is to make medicinal cannabis available to all kinds of patients regardless of the severity of the condition. They hope to achieve this by empowering clinicians and patients with education and tools for cannabis advocacy.

95 conditions have been approved for treatment with medicinal cannabis. However, these conditions are limited to life-limiting conditions that have not responded to traditional treatment. ASA hopes to make cannabis a mainstream treatment for patients who may benefit from this type of treatment, not a mere last resort.

In 2017 there were 47,000 plus deaths  related to the abuse of opioids in the US. In states where medicinal cannabis had been legalized opioid related deaths decreased by 25%. This suggests a positive link between a marijuana use and a reduction in opioid abuse and consequently opioid related deaths.

30,000 studies published so far on the endocannabinoid system (ECS)

The ECS is the backbone of medicinal cannabis. Receptors of the ECS interact with cannabis-derived therapeutic compounds (cannabinoids) to restore homeostasis and trigger healing. Results from these studies provide a scientific basis for the use of medical marijuana.

Most Americans now support the use of medicinal marijuana to treat a number of conditions. It has taken a lot of effort from cannabis advocates to get to this point, but the efforts have been rewarding. This has helped to alleviate stigma associated with medicinal marijuana and it  will also help in making marijuana a mainstream treatment for certain medical conditions.

For a long time there were only two cannabinoids that were of interest in the medical world. Now researchers have begun looking at alternative cannabinoids which are showing potential for medicinal use. So far scientists have identified 103 cannabinoids in the cannabis plant.

In 2017, there were 70,000 plus deaths related to the use of prescription drugs. Cannabis which caused 0 deaths in the same year appears to be a safer alternative in the treatment of some conditions that would otherwise be treated with prescription drugs.

The number of American suffering from chronic pain keeps increasing. Opioids have been widely used to treat chronic pain, but are likely to cause addiction in the long-run. With 47 states now allowing medicinal marijuana, more patients are likely to benefit from this as a safer alternative for pain management.

Back in 2002 when ASA was formed there were only 11 marijuana dispensaries (all illegal) located in California. Thanks to the efforts of ASA and other like-minded organizations, there are currently over 1,700 legal dispensaries with more opening each day. Patients now have more buying options and better access to medicinal cannabis. The Americans For Safe Access 2022 State of the States Report goes on into much more here.

ASA provides educational opportunities and training for cannabis patients, clinicians, and policy makers as regards medicinal cannabis. ASA also provides media and legal support for medicinal marijuana efforts in different parts of the US. The aim is to provide legal access to everyone who needs marijuana for medical purposes with or without a qualifying condition.

To achieve some of ASA’s goals, medicinal cannabis would need to be incorporated into medical curricula and be assimilated as part of the “clinician’s toolkit.” This would help reduce the stigma and improve safe access to medicinal cannabis. If clinicians are empowered to prescribe medicinal cannabis it will benefit patients immensely.

Last year, the World Health Organization (WHO) delisted cannabis resin from the Schedule IV of Narcotic Drugs. Such decisions could have far-reaching effects on the legalization of medicinal cannabis on a global scale, though we have a long way to go with this. The International Medical Cannabis Patient Coalition (IMCPC).” is made up of medical cannabis patient organizations in different parts of the world. Members of IMPC include Bulgaria, Estonia, Slovenia, Spain, France,Canada, the Czech Republic, Israel, Italy, Latvia, Poland, the United Kingdom, and the United States.

Americans for Safe Access has made tremendous strides since its inception in 2002. This annual report acts as a benchmark for what needs to be done in the future to make legal medicinal marijuana accessible to all patients in the US.

Americans For Safe Access 2022 State of the States Report is comprehensive and an eye opener.

If you are a candidate for a cannabis job and are looking for online cannabis courses be sure to look into online marijuana industry training at the leading cannabis training institute.