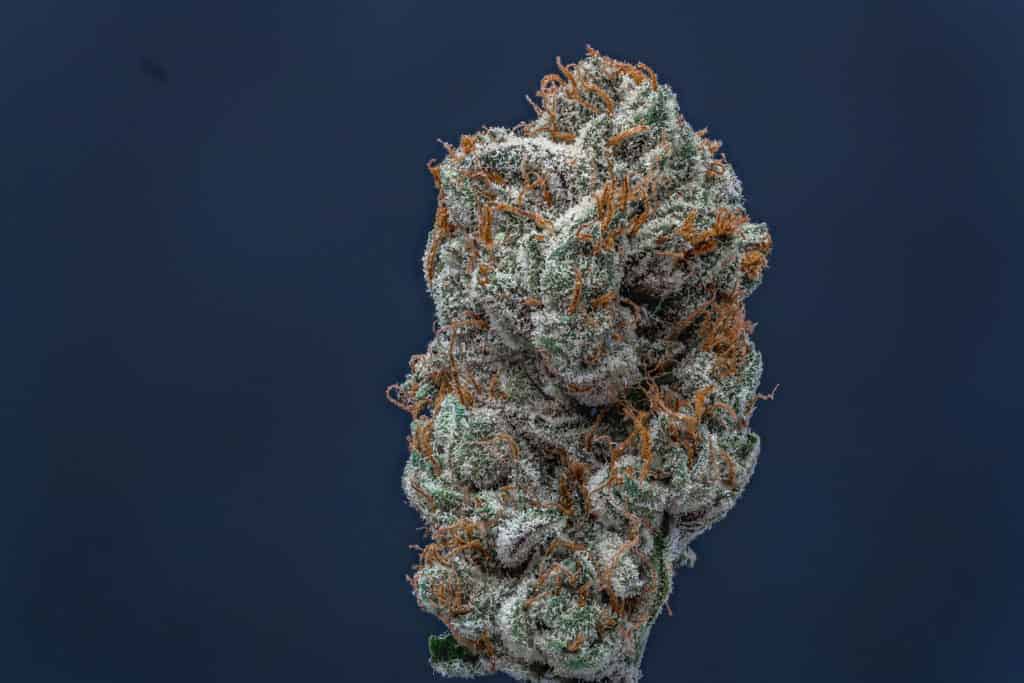 Gruntz strain is going to be a sweet experience along with a potent high as it has legendary genetics. The Runtz lineage of strains are growing in popularity with Zkittlez winning numerous awards even with 15 percent THC.

The strain has a balanced high that you can truly enjoy. New consumers should toke with caution or find another strain in the Runtz lineage that is less potent.

Lineage Of The Gruntz Weed Strain

Gruntz is an Indica-dominant hybrid of two delicious strains in Gelato and Zkittlez. You will be able to go on with your day after smoking this strain. Don’t expect heavy sedation unless you consume quite a bit.

Zkittlez has a THC percentage of 20 and comes from Grape Ape and Grapefruit. Zkittlez even won an award at the 2016 Emerald Cup for best Indica Strain. You will feel all forms of relaxation with this sweet treat of a strain.

Gelato has around 16 percent THC and is a descendent of Thin Mint GSC and Sunset Sherbet. Your mind will be calmed in a way that it might motivate you creatively. While you can expect relaxation, you should not anticipate even mild forms of sedation.

The THC content of Gruntz can reach 25 to 32 percent. Expect the mind to be uplifted while the body relaxes. So many consumers love this strain due to the balanced high that it offers.

The strain has a solid high that lasts for hours so don’t expect to toke then be good to go in a few minutes. Paranoia can be a negative effect of this strain if you smoke a bit too much. Overconsumption can lead to couch-lock so clear your agenda if this has happened.

Taste And Smell Of The Gruntz Pot Strain

Gruntz has almost an identical taste and smell. Expect a sour candy with some hints of citrus in the strain. The major terpenes in this strain include Caryophyllene, Limonene, and Linalool.

Caryophyllene is found in cannabis frequently and has a spicy taste of cinnamon and pepper. You can find that it helps relieve depression, anxiety, and pain.

Limonene is found in a number of plants and has been shown to decrease inflammation. You might even get a boost in your mood due to a dopamine kick. Expect strains that are high in this terpene to have a citrus flavor or aroma.

Linalool has a floral aroma and is present in numerous plants. You can find this strain helps calm the stomach as well as treat insomnia and pain.

Gruntz can help provide relief for the following medical condition

CBD is not prevalent in Gruntz despite its numerous medical benefits.

Effects To Expect From The Gruntz Strain

You can expect a euphoric high during the day. You might even find a heightened sense of focus and find yourself falling asleep easily at night.

Gruntz seeds are not available online. You might get lucky and find the strain being grown at a nursery. Getting a few clippings can allow you to grow this rare strain. Expect Slurricane and Biscotti to be very similar to Gruntz in a number of ways.

Price Of The Gruntz Strain

Yield To Expect When Growing Gruntz.

Gruntz can be grown nearly anywhere. The environment you grow in will directly impact the yield when it comes time to harvest. This strain is easy to grow as it doesn’t need a lot of attention.

Outdoors Gruntz will produce over a pound of marijuana per plant. Expect a little less than a pound per plant when growing indoors although this yield can decrease further if the growing space is tight.

The flowering phase is 49 to 63 days with incredible buds in a massive yield. The bud is dense with purple hues and a coating of trichomes. The only aspect of this strain that outshines its appearance is its potency.

Our Final Thoughts On The Gruntz Strain

Indica enthusiasts will enjoy Gruntz due to the euphoria and relaxation it offers simultaneously. Beginners should avoid this strain due to not being ready for this potent strain. Work your way up to potent strains by testing out strains slowly. What do you think of the Gruntz strain or any of its hybrids?